Saba Anglana is a Somali-Italian actress and singer who is known internationally. She began her artistic career as an actress on Italian television, starring in a popular local TV series entitled La Squadra where she played a policewoman of dual Somali-Italian heritage. In 2007, Anglana released her first studio album,Jidka: The Line, in which she mixes the traditional sounds of her native Somalian heritage with contemporary Italian flourishes.

Last September, Anglana released her newest album, Ye Katama Hod, which speaks to “the nostalgia of places and traditions constantly erased by progress (Tizita ), tells the story of non-membership (Abebech) and the difficulty of self-recognition (Ma Celin Karo); the culmination of these songs resulting in a “individual somatization (Gabriel) and loss and reacquisition of innocence” (Makaan Yara).. 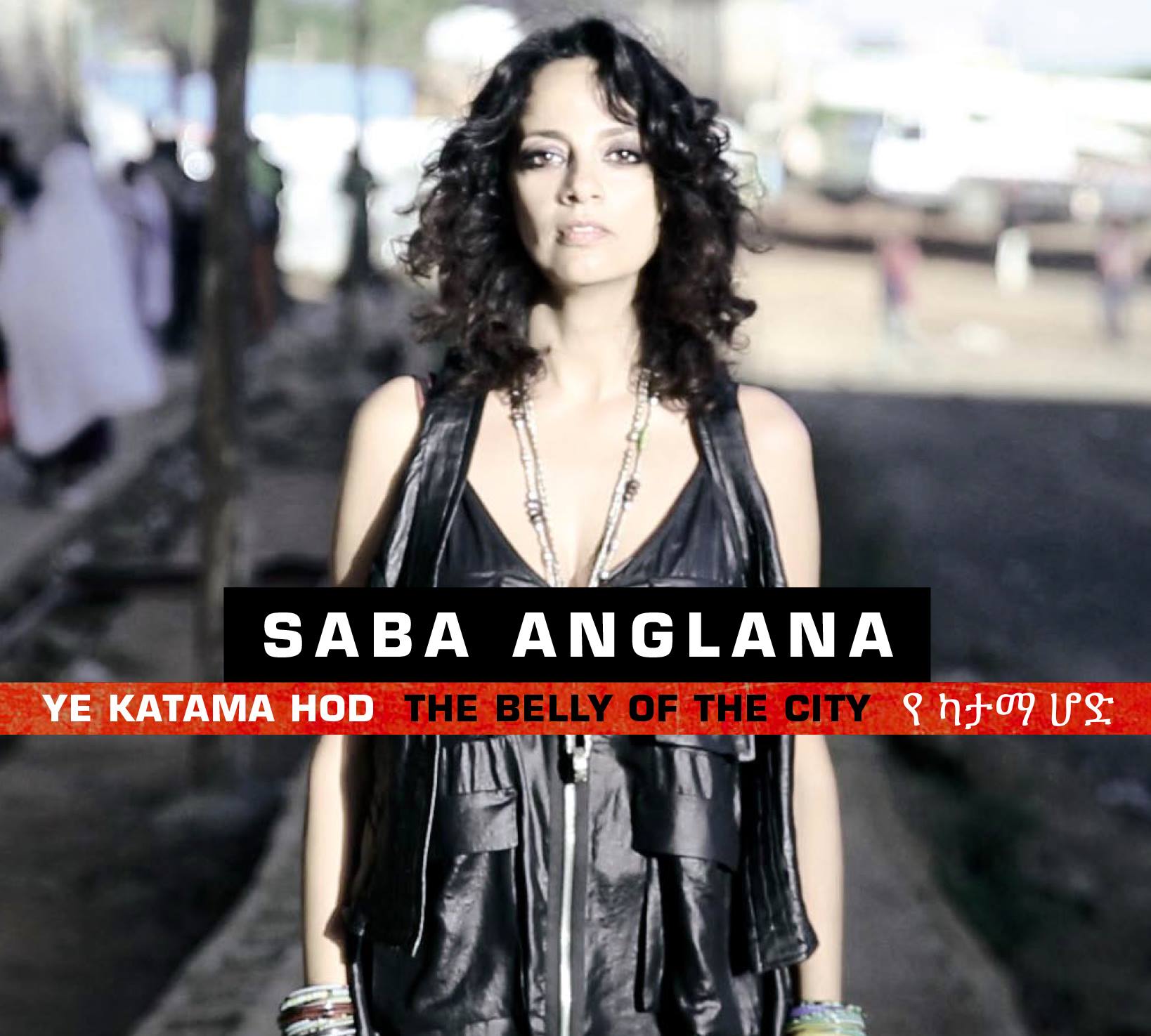 END_OF_DOCUMENT_TOKEN_TO_BE_REPLACED

The Vagina Monologues is controversial, that’s part of the point. The play, which is composed of a series of monologues detailing the experience of having a vagina, was put on by NYU Florence to start a dialogue about women’s rights, gender, and female sexuality. Some monologues were hysterical, some were serious tear jerkers, all forced the viewer to think critically. What’s clear immediately is that this production has a goal much larger than simple entertainment.

This play drips empowerment. It spits in the face of taboo and patriarchy, without waiting for the permission to do so. Viewing the production was an incredible experience; I got to witness women I know convey the nuanced experience of having a vagina through a mosaic of character sketches. The funny monologues were incredibly entertaining, in the same way political satire is. The jokes were at the expense of the absurdity of certain aspects of a vagina, such as the fact that some women never have seen their own vagina, or how horribly obvious it is that men designed female sanitary products. The serious monologues on the other hand illuminated just how grossly violent patriarchy can be. One monologue graphically depicted the sexual violence a woman faced at the hands of invading forces, giving a face to and humanizing the world’s shockingly high rape statistics. END_OF_DOCUMENT_TOKEN_TO_BE_REPLACED

The Vagina Monologues is a sensation of a play meant to shed light on an organ often considered too taboo to discuss. The production turns this notion on its head as vaginas and the many nuanced parts of the female experience are the sole objects of discussion throughout the various performances. Criticism has followed the play since its premiere in 1996, which can only be expected with such controversial subject matter. Certain feminists have stated that the play equates men with the enemy or that it presents a restricted view of sexuality, while social conservative criticism revolves around displeasure with the play’s frank depictions of lust, masturbation, sexual encounters, and homosexuality. One striking example of criticism comes from Robert Swope who was a conservative contributor to the Georgetown University newspaper. He wrote a piece in which he pointed out a possible contradiction between the promotion of rape awareness on ‘V-day’ and the monologue “The Little Coochie Snorcher that Could” in which a woman positively recounts her experience as a 13 year old girl being given alcohol by an older woman and then being statutorily raped. Swope was eventually let go from the newspaper before the piece had even been run due to outcry from the play’s supporters. END_OF_DOCUMENT_TOKEN_TO_BE_REPLACED

Screenwriter Misan Sagay spoke about the making of the film “Belle” (2013) following a screening of it on February 15 at 6 p.m. in Villa Sassetti. The movie is based on real people Dido Elizabeth Belle and Lady Elizabeth Murray. Sagay was inspired to write the screenplay in 2004 after seeing the painting of these two woman that hangs in Scone Palace in Scotland. In the painting, Dido and Elizabeth are painted at the same height, and Dido gazes directly out at the viewer, something unusual from a woman of color at this time. “Belle,” starring Gugu Mbatha-Raw as Dido, tells the story of Dido, an illegitimate daughter of an enslaved African woman and a British Royal Navy officer. After her mother’s death in 1765, her father brought her from the West Indies to Britain, where she was raised alongside her white cousin by her aunt and uncle. The movie also follows Gregson v. Gilbert, a case involving the Zong massacre in which a captain of a Dutch slave-ship ordered slaves to be thrown overboard. END_OF_DOCUMENT_TOKEN_TO_BE_REPLACED

​NYU Florence’s Iris Wang interviews Misan Sagay, screenwriter of the award-winning Belle. Belle is the story of Dido Elizabeth Belle, the mixed-race illegitimate daughter of a West Indian mother and English father, who also happens to be the nephew of the Lord Chief of Justice in Great Britain.  As Belle rises to maturity, her position as a mixed-race citizen is put in jeopardy as the ruling of the controversial Zong massacre court case rises to legal importance.  Sagay is the recipient of many award, including the NAACP Image Award and is currently working on several projects on the BBC and Warner Bros.

“Like minded people should work together to do what they think is right”
-Ruth Bader Ginsburg, Villa La Pietra, NYU Florence, February 1, 2016

Supreme Court Justice, and equal rights pioneer, Ruth Bader Ginsburg answered the questions of a captivated group of New York University students on Monday February 1st, many of whom prefaced their questions with confessions of veneration and deep respect for her work. The Justice discussed a broad range of topics from recent cases heard by the court, to the nature of justice and what it means to be a civil servant in the naturally lit Salone of Villa La Pietra, where she spoke without a microphone. The magnitude of the subject matter, as well as the Justice’s presence and wisdom, commanded the attention of the room.

The discussion opened with Justice Ginsburg’s musings on the famous Martin Luther King quote, “The arc of the moral universe is long, but it bends towards justice”. Ginsburg commented that while she agreed with Dr. King, there are certain moments in history when we take steps away from justice, citing the decision by the Supreme Court to abolish certain provisions of the Voting Rights Act of 1965. Following that, Ginsburg shared her critical opinion on the Citizens United ruling. Ginsburg disagreed with the idea that certain individuals, because they are wealthy, should have more political power than the average citizen. In her answers to many questions a certain theme kept emerging, that justice and democracy are products of engaged and active citizens, joining together to do what they think is right. She came back to this again when asked about Black Lives Matter, and Donald Trump. When asked what she thought of the latter, she simply answered that she hoped voters, which, she emphasized, included all of the students in the room, wouldn’t vote for a candidate who held positions that went against America’s founding principles of accepting immigrants. It is up to the average citizen, as well as courts and Congress, to engage in discourse and contribute to the healthy functioning of democracy. The struggle to grant equality and justice are the responsibility of all citizens, rather than a few elected officials.

Today, January 27, the day that the Auschwitz concentration camp in Germany was liberated in 1945, is the International Day of Commemoration in Memory of the Victims of the Holocaust. Every year, on this occasion, the government of the Region of Tuscany organizes a series of events. This morning in Florence, the European, Italian and City flags in front of Florence’s City Hall were lowered to half mast. City officials laid wreaths at the main city monuments, including at track 16 of the Santa Maria Novella train station, from which the trains carrying Florentine Jews deported to Nazi concentration camps departed.

In the afternoon, the Florence City Council gathered for a special session in Palazzo Vecchio’s Salone dei Cinquecento where Holocaust survivors Andra Bucci and Tatiana Bucci were made honorary citizens of the city.

Students from Florentine schools gathered for the all day meeting ‘You, Who Live in Safety: Welcoming and Rejecting, Yesterday and Today‘, where students heard from 8 guests, including Holocaust survivors and members of the Tuscan Resistance, and were invited to reflect on “the value of a welcoming culture, and personal and collective human dignity”.

At the Palazzo Medici Riccardi Museum, accounts of deportees were read in an event organized with the Historical Institute of the Tuscan Resistance, the National Association of Ex-Deportees and the Jewish Community of Florence. The readings concluded with a ceremony in front of a plaque that lists the names of the 1,821 Tuscans deported to Nazi concentration camps between 1943 and 1945.

The Biblioteca delle Oblate is currently hosting the photography exhibition La persecuzione ebraica a Firenze e in Italia 1938-1945 (The Persecution of Jews in Florence and Italy, 1938-1945) which draws on documents and photographs from the City of Florence’s archives, and, on January 28, the Caffe Letterario delle Murate will host a performance of ‘Persone Libro’ (Human Books), where the written memories of survivors will be performed orally and the public is invited to circulate among the collection of ‘Human Books’ to hear their experiences, underlining the importance of the oral transmission of memory. This is part of the Le Murate’s initiative Vecchie e nuove discriminazioni (Old and New Discriminations).

For a full program of events in Florence and Tuscany, click here.

Shirin Ebadi, named by Forbes Magazine as one of the 100 most powerful women in the world in 2004, is an Iranian lawyer, a former judge and human rights activist and founder of Defenders of Human Rights Center in Iran. She was awarded the 2003 Nobel Peace Prize for her efforts to promote human rights, in particular, the rights of women, children, and political prisoners in Iran. She is the first Muslim woman to receive the Nobel Peace Prize, and only the fifth Muslim to receive a Nobel Prize in any field. END_OF_DOCUMENT_TOKEN_TO_BE_REPLACED

The Protection of Iraq’s Tangible and Intangible Cultural Heritage

The City of Florence is undertaking a new initiative, ‘High training for the protection and valorisation of the tangible and intangible cultural heritage of Iraq’, endorsed by the Foreign Affair Ministry, which consists of several activities among Baghdad and Erbil, in Iraqi Kurdistan. This collaboration between Italy and Iraq aims to protect the cultural heritage of Iraq. There are two main components of the initiative; digitalization of the books contained the Iraqi National Library and Archives (INLA) of Baghdad in order to protect the national literary heritage, and the collaboration with the High Commission for Erbil Citadel Revitalization  to enhance the Citadel staff’s competence in managing and promoting an UNESCO website through training courses and study visits that will be held in Iraq and Italy. This peace-building strategy is undertaken by the City of Florence to foster the mediation process in conflict areas such as Iraq. END_OF_DOCUMENT_TOKEN_TO_BE_REPLACED